Key club is hosting a Spirit Week of April 5-9 to get ready for EOC’s.  Each day is testing themed and students(and teachers/staff) have the chance to win prizes!  Those caught with “spirit” may be given a ticket to enter into a drawing for prizes, winners will be announced on Friday, the 23rd.  Tickets can be turned into Mrs. Bowers, room C101, on the math hallway.  Let’s get in the spirit and have a little fun to prepare!

April – Month of the Military Child 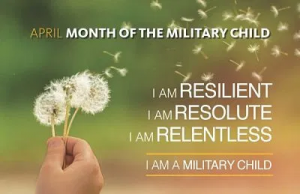 Over the weekend, Harvard Classics Club hosted a virtual certamen (Latin quiz bowl) tournament for schools across the nation. Rossview’s Latin 2 “team” composed only of Wyatt Roder competed in a field of 30 teams of up to four players. After the preliminary rounds, Wyatt was seeded 3rd going into the semifinals. He made it to the finals and ultimately finished in second place, earning the MVP award for the fourth straight tournament.  Congratulations Wyatt for your amazing accomplishments and to your sponsor Mr. Ryan Vinson.